Our Patron and Committee Members

Kathryn became our Patron when End of Life Doula UK was launched in June 2018. She has worked as a doctor in palliative medicine in UK hospices, hospitals and patients͛ homes for 30 years. Kathryn relished the close teamwork involved in enabling people to feel well, live well and die well. Each team, she believes, should include the patient and their closest supporters at its heart. She observed the patterns and process of dying, and brought this to public attention through her book ‘With the End in Mind.’  She has been pleased to discover that the work of reclaiming normal human dying as a process that can be understood and accompanied in the way the dying person wishes is already flourishing in a variety of ways, including the End of Life Doula movement. 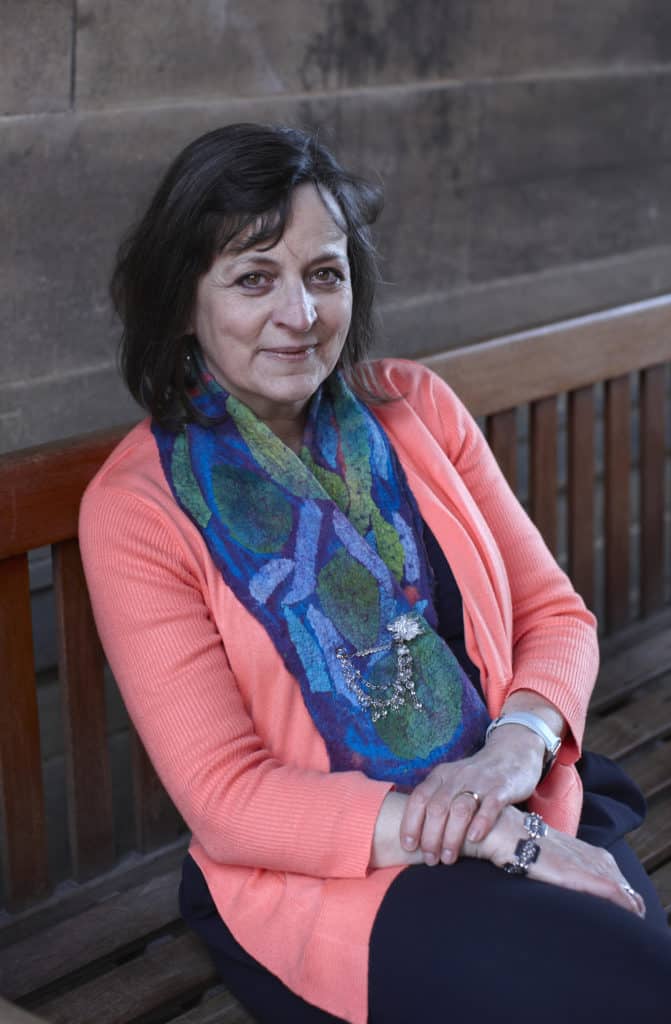 Greg is an actor, filmmaker and writer. He was full-time carer for his sister, Clare,  when she was dying of cancer. The blog writings they undertook at the time became a book  ‘Not That Kind of Love‘. Greg has spoken at various events on his personal experiences and hopes to bring the conversation around dying and death into everyday life. He is thrilled to become the Patron for Living Well Dying Well and End of Life Doula UK. 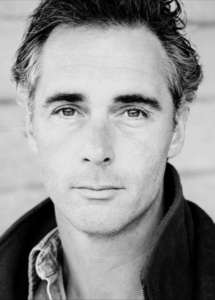 Allan is a British-Australian end of life care academic. He founded the ‘new’ public health movement in palliative care – variously known as ‘health promoting palliative care’, or ‘public health approach’ to palliative care, or the ‘compassionate communities’ movement. He is past president of both Public Health Palliative Care International (PHPCI) and the Association for the Study of Death and Society (ASDS). Allan is currently Emeritus Professor at the University of Bradford, and Associate Director of the charity, Compassionate Communities UK. Among his 25 books, he is best known for: Compassionate Cities: public health and end of life care (Routledge 2005), A Social History of Dying (Cambridge University Press 2007), and The Inner Life of the Dying Person (Columbia University Press 2014). His most recent book is Visitors at the End of Life: Finding meaning and purpose in near-death phenomena (Columbia University Press 2020). 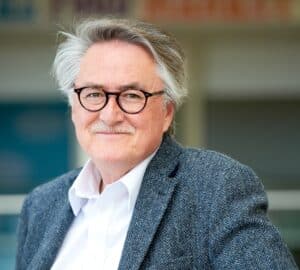 Cormac is a social explorer and an author. He is Managing Director of Nurture Development and a faculty member of the Asset-Based Community Development (ABCD) Institute, at DePaul University, Chicago. Cormac’s work and ethos on Community assets is close to our hearts.  Cormac says “I am pleased to stand in solidarity with the members and friends of End of Life Doula UK. Their values and contributions to our communities, mirror my own. I believe death is a precious part of life and requires the love, care and respect of a community to become meaningful. End of Life Doula UK, is primarily a caring social movement, as distinct from a clinical or institutional response to death, dying and grief. The value of having a near neighbour journey with us up to the very end, is easily overlooked in commercialized and hyper-individualized societies. End of Life Doula UK are on the frontier of ‘social care as social movement’, and I am very pleased for that reason to join with them and to support their efforts to bring the function of death back to the centre of community life.” 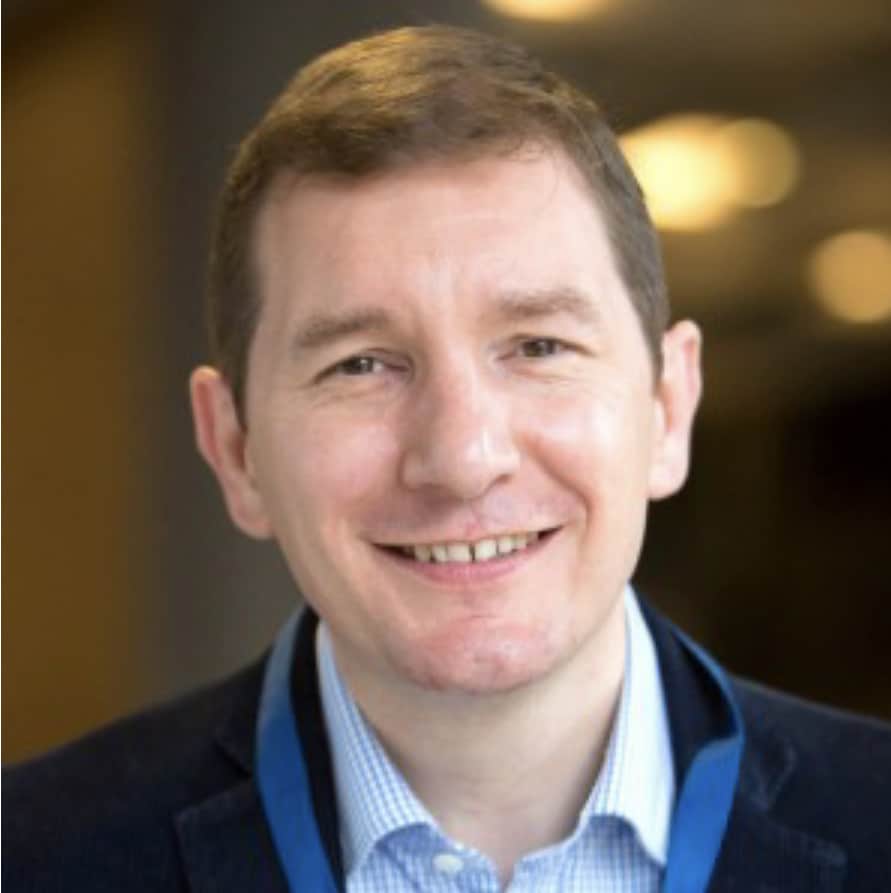 Emma is a Health Psychology PhD researcher, trainee Health Psychologist and End of Life Doula in training. Based in Yorkshire, she describes herself as an activist and nature lover, with a passion for bringing death and dying out of hospitals and back into compassionate communities wherever possible. She has worked as a home carer supporting people on ‘fast-track’ plans who wished to leave hospital to die at home, in addition to working with looked-after children and in autism, learning disabilities and adult mental health services providing therapy and advocacy. Emma’s current research is focused on supporting individuals (both professionals and the public) to develop death competency – that is, our skills and capabilities in dealing with death and dying. 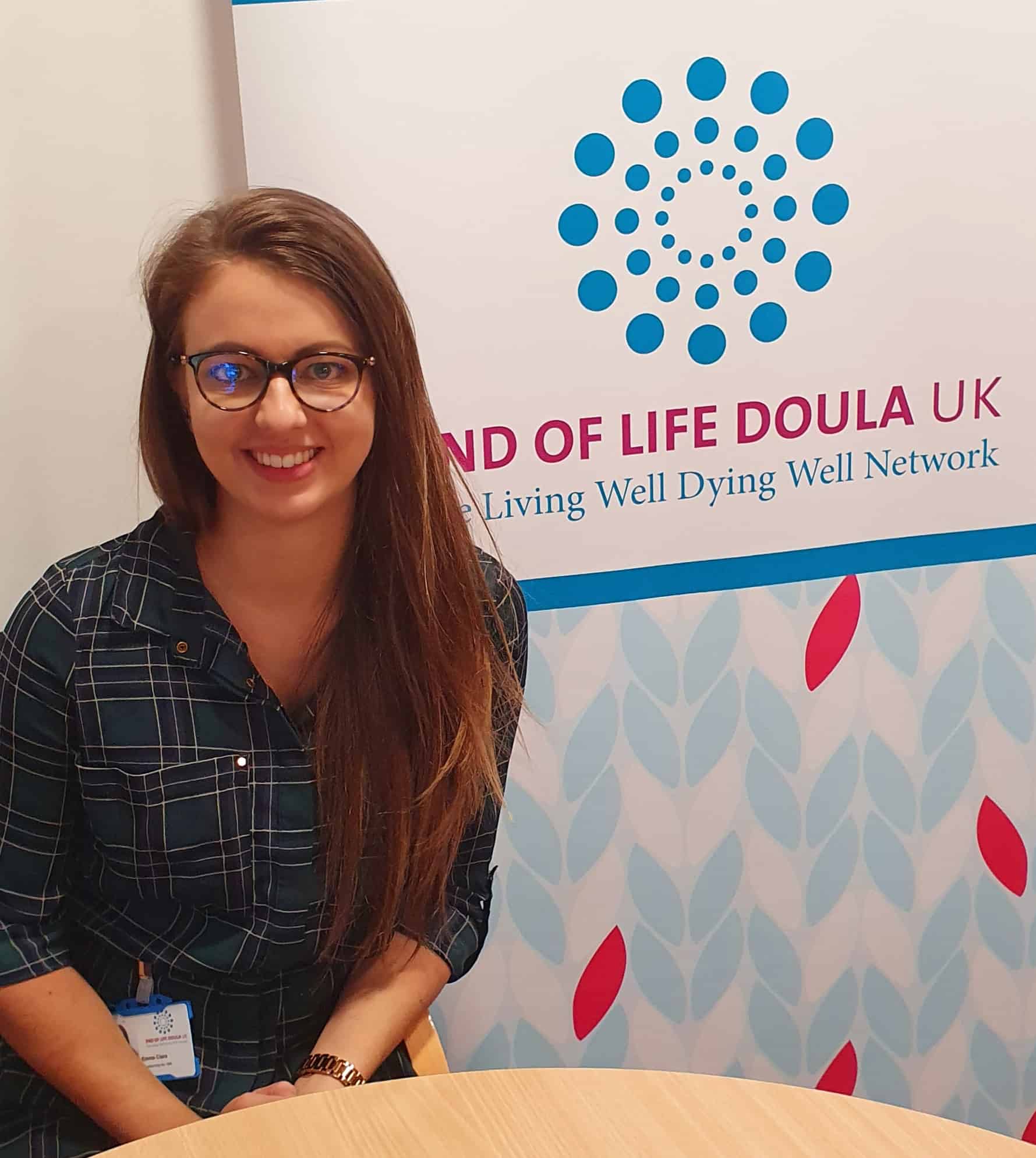 Aly is Secretary of End of Life Doula UK and a practising doula based in Devon, in a home she shares with 3 cats and 45 patio pots! Aly trained with Living Well Dying Well after years of working in HR, she has volunteered in local hospices and works out and about in the community as a doula and raising awareness of all things death and dying related. Aly facilitates community events such as end of life planning, funeral planning, death cafes, information sessions and Bereavement Cafes. 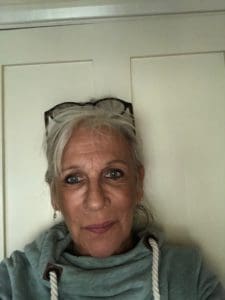 Nett was in one of the first Living Well Dying Well  training cohorts and has been an end of life doula since 2010. Her passion is supporting people at the end of their life, and in grief through storytelling, funerals and memorials.

As well as supporting individuals who are approaching the end of their lives and the people important to them, she uses her doula’ing experience to influence NHS policies and guidelines by sitting on national NICE clinical, service delivery and quality standard committees on end of life and the national audit for care at end of life (NACEL).

Her career has involved senior roles in NHS and not for profit organisations e.g. Director of Primary Care, CEO of a carers charity, a community regeneration charity and a community environmental charity and Assessment Lead at the Audit Commission. She is a trained nurse and has been a funeral director.

Lynne is Membership Secretary of End of Life Doula UK.  Lynne lives in Surrey and after 30 years working in logistics for large corporations, found the training of Living Well Dying Well immensely empowering in supporting others at end of life.  She is a volunteer for Princess Alice Hospice and is keen to promote awareness, in the community, of the work of End of Life Doula UK in all things related to end of life. Away from her Doula work, Lynne enjoys getting out in the countryside and immersing herself in nature. 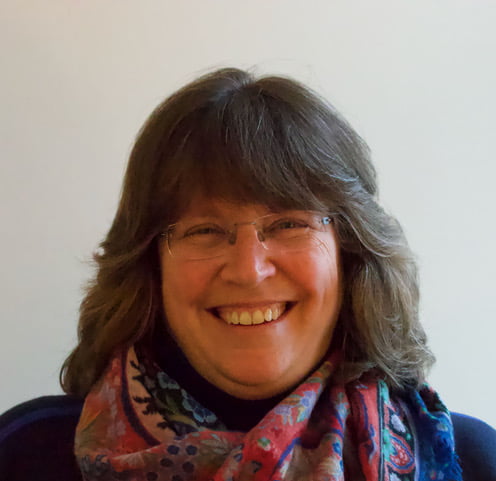 Mary is a community activist, her notable accomplishments are the Pushing Up Daisies festival and Incredible Edible in Todmorden. Mary is also an End of Life Doula, a dreamer and schemer. Ultimately she is an Activist, in a hurry to do her bit for a better world. Mary believes you should ‘be the change you want to see’ and thinks nothing can be nicer than feeding a crowd round the kitchen table. 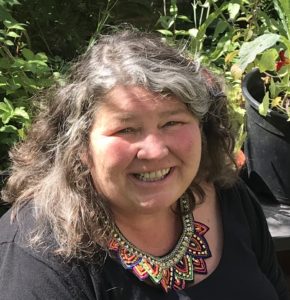 As well as his Doula practice, Danny is an audio engineer with a passion for fixing things that are beyond repair. He believes that by engaging with death and dying it is possible to transform the way we live and he is passionate about community self-care particularly surrounding the time of death.  Danny, lives in Lewes.  Danny assists with the Living Well Dying Well  foundation training course. He also volunteers at his local hospice and is an Independent Visitor for Brighton & Hove children’s services. 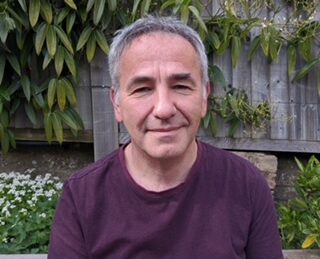 Hermione pioneered the End of Life Doula Training in the UK establishing LWDW Training Ltd as a Learning Centre with the courses externally quality assured by the Crossfields Institute.  Her vison is that there will, one day, be an End of Life Doula in every community. Hermione has a background in nursing, midwifery, counselling, palliative care and training and is the founder of Living Well, Dying Well. She has worked internationally and lived in Japan for four years, where her book Gan No Serufu Hiringu, a self-help guide for people with cancer, was published. She is passionate about care of the whole person – physical, emotional and spiritual – and about upholding dignity and self-determination at every stage of life. 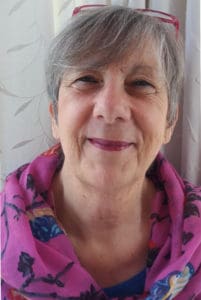 Judy has been involved with End of Life Doula UK since she began her training with Living Well Dying Well in 2019. She is a Doula with an interest in living life to the full and all things related to death, dying, grief and bereavement. Judy volunteers at her local hospice and aims to become more involved with community initiatives. Professionally, Judy is an experienced Administrator with a demonstrated history of working in the primary/secondary education industry, not for profit organisations, event management and the NHS. She loves music and is a former Trustee of Pavilion Opera Educational Trust (charity now folded) working with primary school children across London. She volunteers at a local annual music festival, Proms at St. Jude’s. 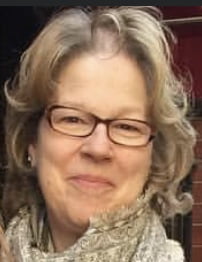 Ninon is an End of Life Doula and death educationist. Trained as a social worker with over 30 years’ experience, she has worked at St Christopher’s Hospice in London, assisting patients and their loved ones before and after death. She has gone on to become one of the trainers with Living Well Dying Well. She is also an experienced facilitator and trainer, teaching internationally about difficult conversations, forgiveness and intimacy at end of life, advance planning for end of life and death and dying 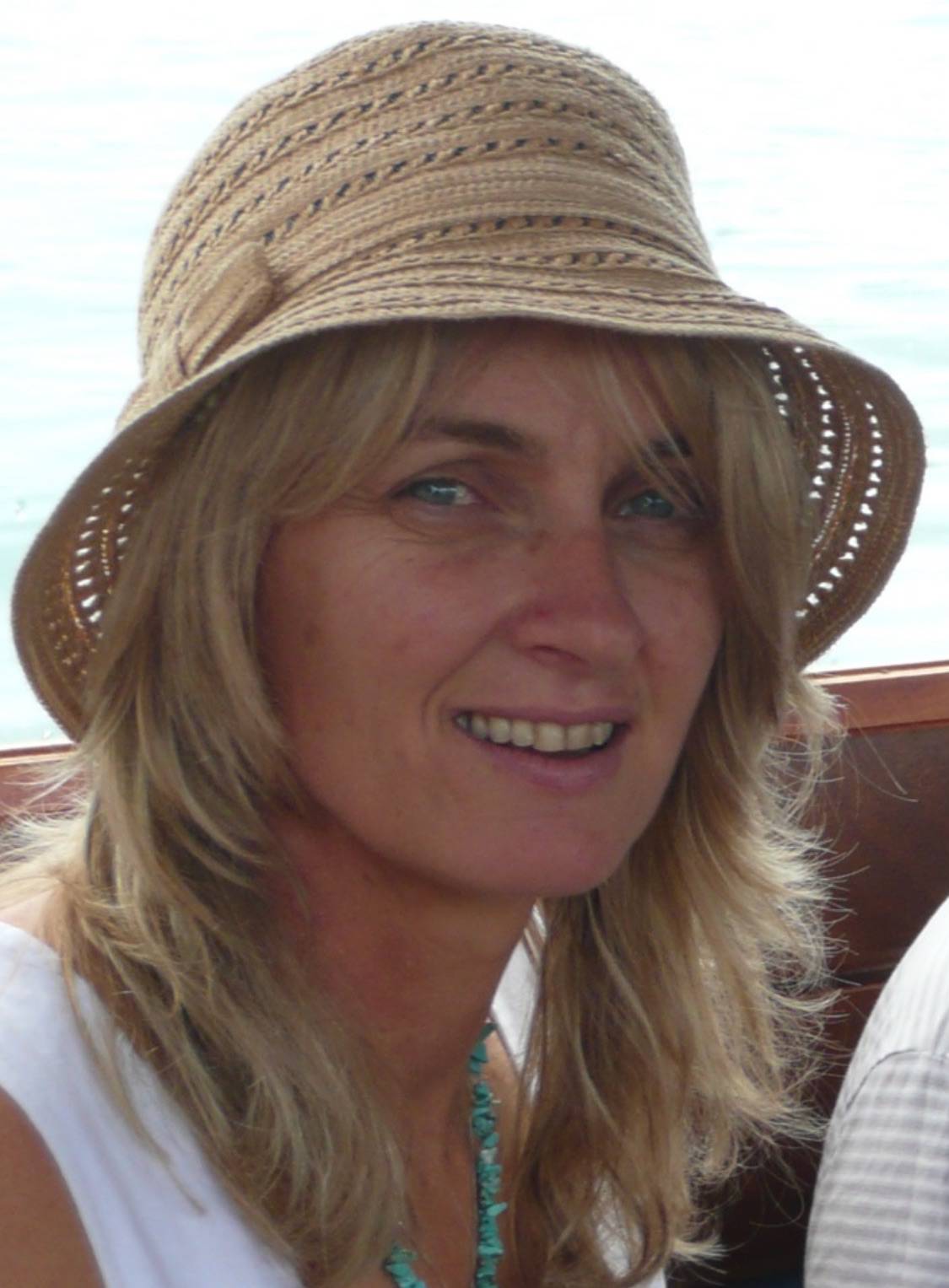 Phil comes to End of Life Doula UK not currently as a Doula but as someone who’ll be helping us in our future audio/visual projects.  His work as a director includes short documentary GAZE (Channel 4) which highlighted the veil of shame that often surrounds the human body, and for the past 8 years he’s worked with filmmaker and end of life doula Rebecca Kenyon at mote of dust films – one of their films being Holding Space, a short film about the relationship between doula and dying partner.  In his spare time he made several short films for charity Together for Short Lives, interviewing young adults on their experiences of living with life limiting conditions.  Also, for a number of years, he volunteered at a therapeutic community supporting those recovering from drug and alcohol abuse.  Previously, Phil attended Lancaster University; here he gained an MA in Cultural Studies that focussed on the different ways disabled, and queer bodies are represented.  Having grown up in deepest, darkest Cumbria, he is now based near Lancaster. He loves to swim and once met Albert Maysles in a lift. 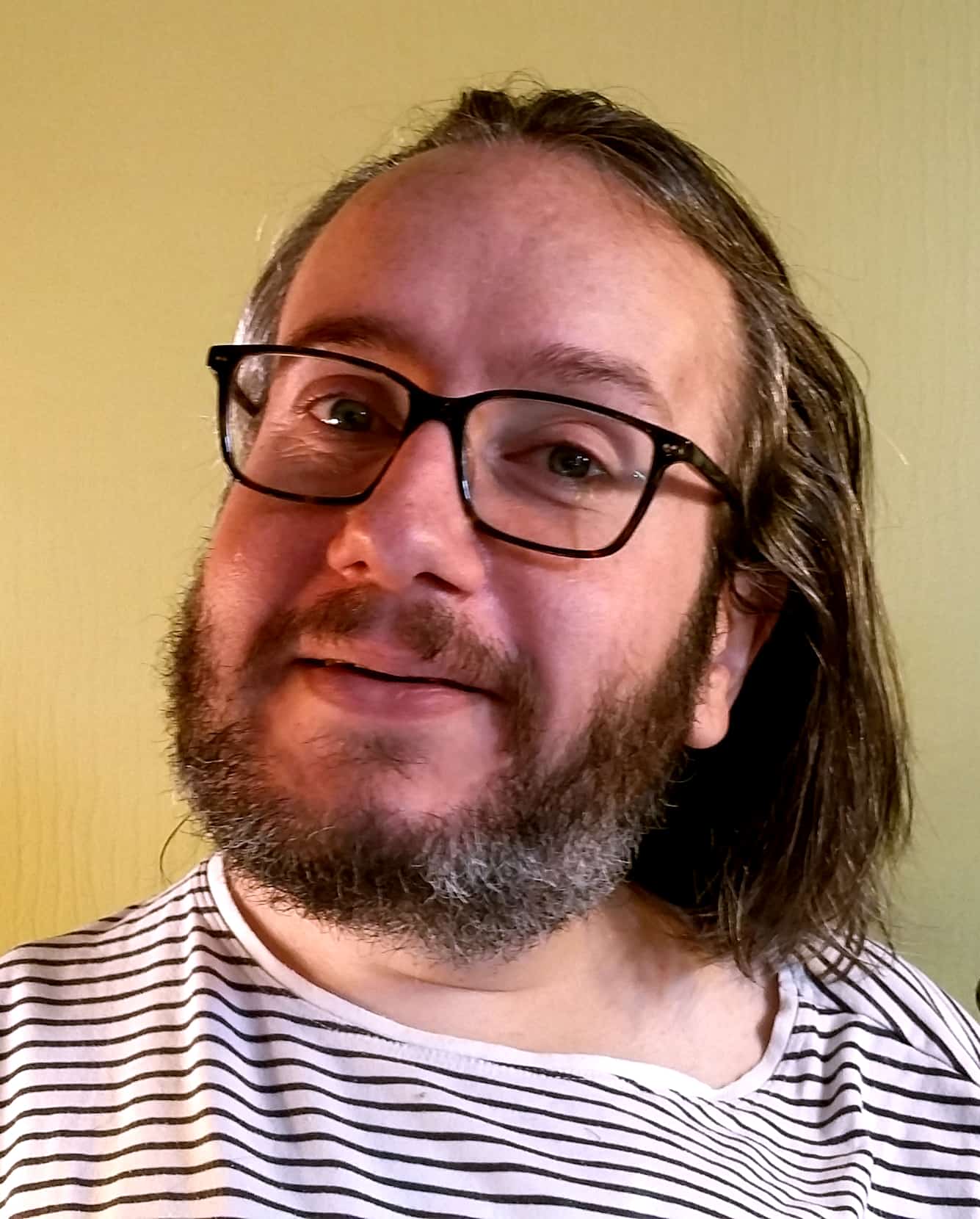 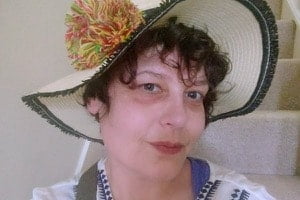