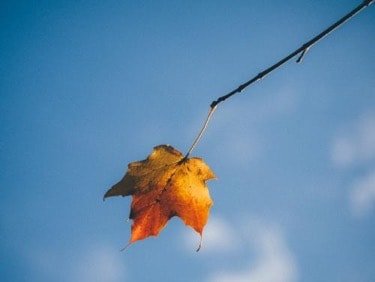 The way people die is entirely individual to them, a unique experience for each person. We all come to death in different ways but unless there is a sudden or traumatic death, there are recognisable signs which if we know what to look out for, can guide families and loved ones to know roughly where the dying person is on that trajectory. It can be very helpful to understand the signs of impending death because it can inform decisions that you might make, such as should you stay or go right now, is this a good time to go on holiday or not or shall we call family members from abroad and so on. In particular, I am writing this blog because when my own mother died, had I known some of these things then, I would not have gone home that evening and then I would have been able to be with her when she died. It is not an exact science and many a medical professional has been confounded by patients improving unexpectedly, outliving a prognosis of death and even recovering spectacularly! That said, hospice nurses, palliative care nurses and doulas as well as many doctors have seen a lot of dying patients, and they do understand that there are definite indicators that the end is approaching when a patient has been declining over a period of time.

Denys Cope RN, BSN, a hospice nurse from the USA puts it very well in her book Dying A Natural Passage when she says that “a person naturally begins to do things that conserve energy”. She is talking about retrospectively realising that there has been a slowing down process and that it has been unfolding for a while, sometimes even un-noticed. A dying person’s need for food diminishes and they naturally eat less. Towards the last weeks and days they may refuse food altogether. This can be very distressing because as caring human beings we want to nourish and feed our loved ones because the underlying thought is, if you don’t eat, you will die and I don’t want you to die, so you must eat. If we can take on board that the body knows exactly what it is doing, it knows it does not need the fuel like it used to and it’s also trying to conserve energy for its vital functions, like maintaining a heartbeat, and taking a breath. Losing our appetite at this point is a very natural and normal phenomenon. Eating at end of life can often make someone feel very unwell because their digestive system has effectively shut down already. The same may apply to drinking.  At some point the swallowing reflex diminishes or becomes absent, so eating becomes harder. Choking can become an issue, and this is another reason why eating diminishes, as a way of protecting the person from that.

What might we see in their body which can indicate that death draws nearer? Their face may appear quite pale, white, bluish or yellow if they are jaundiced.  Their eyes might be glassy or ‘milky’ and may be open or shut.  Sometimes their pupils are unresponsive so are fixed and staring.  Their extremities may feel hot or cold to our touch, and sometimes their nails might have a bluish tinge. This is due to poor circulation which is a very natural phenomenon when death approaches because the heart is slowing down. Towards death, the body becomes weaker, and this is when people used to say, “she took to her bed”.  Their muscles are wasted, in particular if there has been a long illness and there is increasingly poor muscle tone (so it eventually becomes hard to get up to go to the bathroom).  There might be some swelling (oedema), which is usually due to fluid accumulating, and this can make the skin look ‘tight’.  Sometimes there is a mottling of the skin and they may feel clammy or sticky, hot or cold. These symptoms can sound frightening but they are normal responses to the major organs slowing down as the end approaches. There may be no pain associated with them but if there is, the palliative care team would be monitoring pain relief for the patient.

What might we see in their breathing? It really varies a lot, but there will be less talking and more sleeping. There can be changes in their breathing as death approaches such as heavier breathing, noisy breathing or gasping breaths. To watch this can be upsetting for families and loved ones but usually, it does not cause distress to the one who is dying. You may have heard about ‘the death rattle’. This is when some phlegm or secretions rolls backwards and forwards in their airway making a noise as breaths go in and out. It is helpful to realise that it is not distressing the patient at all because they are often non-responsive/deeply asleep at his point. Remember earlier I said the swallowing reflex goes, this is part of not being able to clear it by coughing. The body does not need to clear it at this point. Sometimes there can be an episode of very noisy breathing as the end gets closer. It is called Cheyne-Stokes breathing and it is characterised by loud breaths followed by a period of no breaths. It is difficult to listen to because families often wonder if the person has died, but then there is another breath. Whatever the breathing pattern is, right at the end of life, the breaths generally become quieter, stiller and more spaced apart until eventually one breath is not followed by another.  In my experience, that last period of time is very gentle and peaceful.

What other signs might there be that death is near? One is ‘terminal agitation’ or restlessness. This often appears as a need to get out of bed, agitated behaviour or commonly plucking of the sheets or ‘knitting’ of the hands. They might reach out as if towards something or somebody. I have heard this phase likened to the transition phase in birth, when a lot of the work of getting towards the birth has been done, and it transitions into the final phase.  It helps to realise that nothing bad is happening at this point. It is natural and part of the dying process (though not always present). It is a temporary phase and a real indicator that death is approaching.

Another sign that death is near is what is referred to as visioning. Many dying people will tell you at some point that people are in the room talking to them, are visiting them or have come to get them. It is worth really paying attention to their language which might be about taking a trip, packing, going with someone, going home and things of that nature. The reaching out of hands towards a place in the room is sometimes to do with those phenomena. The diminished eating and drinking (fasting if you like) can make space for enhanced spiritual experiences. We don’t know if it is real or not but there is a huge body of evidence to say that it happens and importantly it is very real to the dying person. It is recognised as a sign that death is near.

There is another phenomenon I call the Lazarus Moment. This is when someone who has been unresponsive/deeply asleep, suddenly wakes up, even sits up and looks at those around and sometimes even talks to relatives. It is often unexpected and sometimes shocking, but usually very welcomed by families. We don’t know why it happens or indeed how it happens but sometimes it does. Some of those moments can offer profound gifts for the relatives. In a lesser way, sometimes there a burst of energy a day or two (or more sometimes) before death. The patient is more awake, chatting even eating and drinking a bit with visitors. Relatives can occasionally misinterpret this as ‘getting better’, which it isn’t (though of course, it might be a temporary improvement). It can be a happy time, and one that is remembered fondly by families and often is recounted in the story of the death. It might be seen as a golden last moment of normality. The difficulty with it though, is that when it happens you probably do not know you are in that moment.

I hope knowing some of the signs of the approach of death helps you and your family. Overall what I would like to leave you with is a sense that dying is a natural process and our bodies know how to die. It is often us, the families, the bystanders of that process who project how difficult it is onto our loved ones, when in fact they are deeply engaged with dying in a way we cannot know until our turn comes.   Their experience is very different to what we the loved ones think it might be.  The best we can do is love them to the end and help them die with dignity, grace and hopefully no pain.