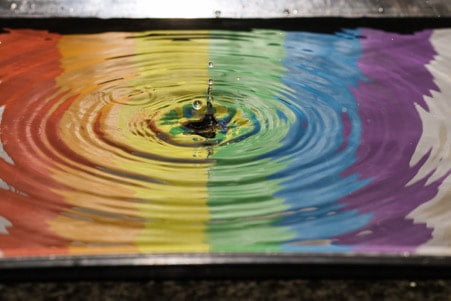 I am going to call the person I was privileged to have spent 3 months with Ron and change some of the details to respect his privacy.  Ron was a divorced man with 3 adult children 1 boy and 2 girls. His Son and his young family lived in Australia.  His two daughters were living over 300 miles away in Scotland.  They did not see each other that often but were a close family mainly communicating by email.

Ron had been in the Navy and it was a big part of his life.  He had a wide circle of friends and ex service contacts who had dwindled over the past year. This was mainly because Ron, who had been diagnosed with liver cancer, didn’t want his family and his friends to know that he was unwell and to see him when he was less than fighting fit.

Ron called me and asked if I could come and see him.  He said he was not eating very much, was struggling to keep the house clean and tidy and do his own shopping.  He told me he was also lonely and not seeing very many people.  He said he thought that it was time to hand in his dinner pail, but he didn’t want people to come and see him out of sympathy, if he couldn’t entertain them in the manner he had done previously – which meant lots of wine; good food and laughter.

Over the months I was able to take Ron to his hospital appointments; accompany him when he saw his consultant, so we could understand how his illness would progress and his prognosis; care for him in his home making sure the house was clean and tidy as he liked, and he ate just what he fancied.

At Ron’s request, I was able to tell his family and close friends that he was in the last stage of his life and that he would like to see them for short periods of time.  Each time Ron and I made sure there were drinks and food when people visited, and that Ron had the energy to engage in the banter and repartee he so loved, even if it was for only a short period of time.  Obliquely but with a sure heart, Ron said all he needed to say to his friends.  He was able to show them how much he had valued their companionship.  His children wanted a daily report of how Ron was doing and to remain connected in that way, so I would email often taking dictation from Ron as to what he wanted to tell them.

In the last 3 weeks of Ron’s life he was mainly in bed, sleeping a lot and not eating very much.  We had two lovely carers come in to help with Ron’s personal care.  Ron and I spent a lot of time just sitting companionably and he would make requests for songs he loved which I would find on you tube and we would sing along together. I would read to him from his favourite childhood books, mainly Rudyard Kipling.

When death was approaching I contacted all his children as they wanted to know so they could decide if they were able to be with Ron in the last days of his life.  The two daughters came 48 hours before Ron died.   Both at his bedside holding his hand –he slipped into permanent unconsciousness and died peacefully.